High Life sat down with one of the greatest tennis players of all time, Andre Agassi, to discuss his remarkable career and the life-changing transition that resulted in his passion for philanthropy.

It is during a rare break from his busy schedule that Andre Agassi finds himself telling High Life about his rapidly growing collection of frequent flyer miles.

“They’re building up,” he chuckles in reference to the many hours he spends in the air these days. “But it’s a different kind of busy for me than it was when I was playing. Now, I’m never really gone for more than three days, quite frankly.

“My travel involves less time away but being on more aeroplanes because one week I might go to two different cities for a day each. That’s very different from being at a Grand Slam for two or three weeks at a time.”

On the surface at least, little has changed for Agassi. Be it flying across the United States to check progress on one of the many schools he is building or across the Pacific Ocean to Hong Kong on behalf of long-time sponsor Longines, the eight-time Grand Slam champion is as in demand as ever.

Yet the truth is, almost everything about the flamboyant, long-haired and colorful character that first burst onto the tennis scene in the mid 1980s has changed in the 30 years since. Far from the isolated and egocentric bubble in which he, like most highly successful athletes, once lived, these days Agassi spends his time giving to others through the multiple charities he has established – helping under-privileged kids gain access to education now his greatest passion. 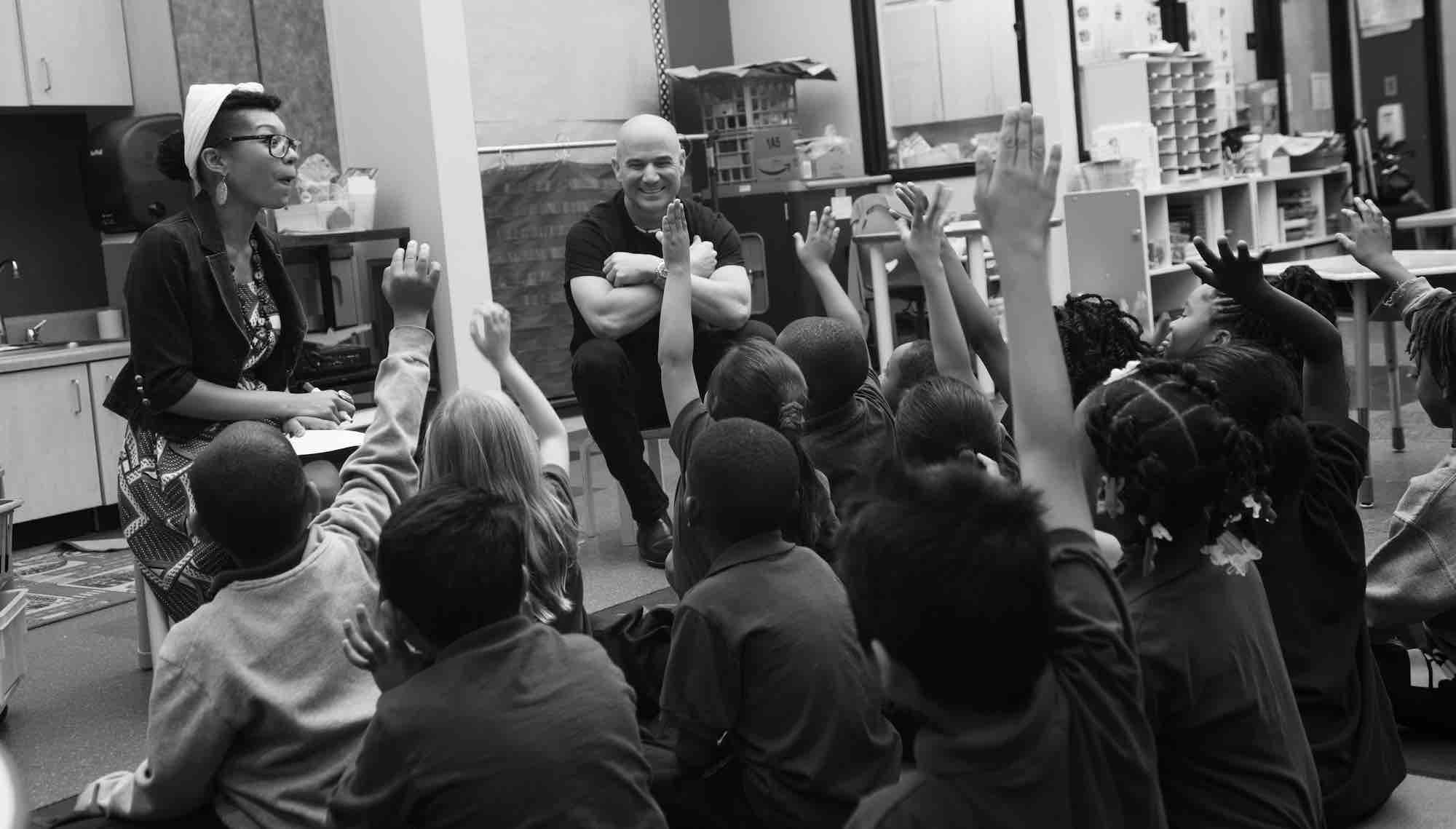 “The truth, is I’ve always seen tennis as a platform to hopefully impact people generationally as opposed to for a few hours,” the 46-year-old explains.

“So I feel very driven to do what I can to help people and the reasons behind that drive are the lifelong series of experiences in my life, starting with the fact that I never chose to play tennis – my father chose it for me – and so I felt myself disconnected with it for many years. That disconnect made me really think of kids that didn’t have choice in their lives either – but for most of them it doesn’t result in being number one in the world at something. It results in gangs and drugs.

“So I really found myself focussing, as a result of my own lack of education and lack of choice, on using my platform to change the world around me on some level. Once I did that I started to find a lot more joy and connection in what I did.”

Agassi describes his philanthropy as the reason he gets up in the morning, saying, “I feel more efficient now, I feel more balanced, I feel more energy towards my outlets.”

But his own journey to self-fulfilment was far from a smooth one. Masking his own inner demons as a youngster behind a flash of color and long, flowing locks, Agassi quickly rose to the top of world tennis with his breakthrough Grand Slam victory at Wimbledon in 1992 followed by the US Open title in 1994 and Australian Open in 1995.

However, when the personal issues he’d long kept hidden finally caught up with him, his life derailed both on and off the tennis court. It was during this period that Agassi – whose ranking fell from top of the tree to as low as number 141 in the world – finally discovered his true calling.

“If you asked me to look back at my greatest achievement, it would have to be the journey I went on which was reaching number one, falling out of sorts with the game and myself, dropping down to 141 and then getting back to a day-by-day, goal-oriented process that ended up with me back at the top,” explains Agassi, who not only won another five Grand Slams upon his return but became just the second man in history to win all four Grand Slam titles when he claimed the French Open in 1999.

“More importantly, I did so at a time in my life when I could enjoy not only being there but every step along the way. That’s what I’m most proud of.

“And my entire life was all sort of tied into the microcosm of winning that French Open.

“My French Open win was by far the most profound and powerful in my life because it came at a certain time. It was the last one of the grand slams for me to win, the odds were stacked against me from start to finish. Even in the final I was down two sets to love and had to figure out a way to come back. That moment really embodied the journey of my life.” 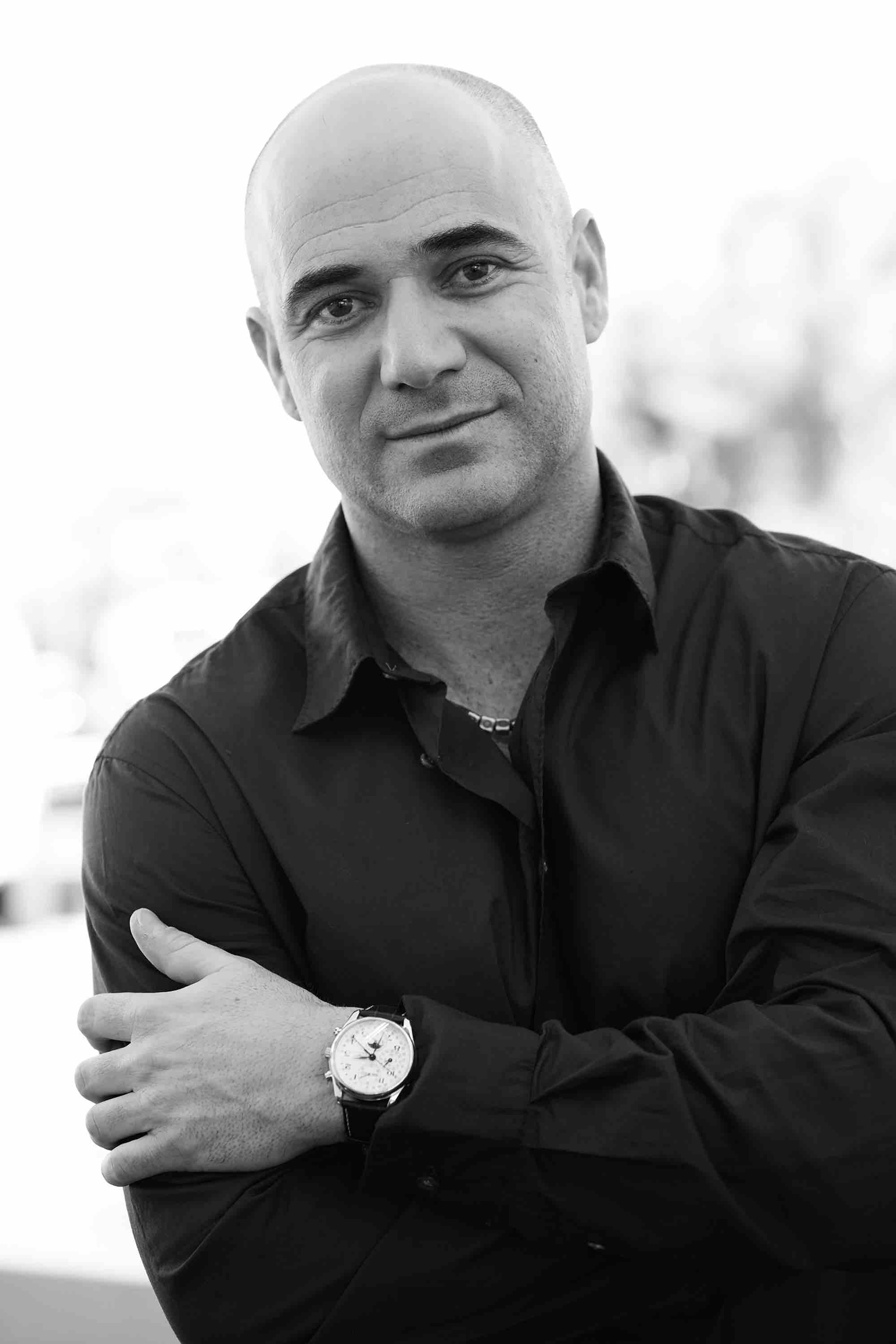 Having seen the good, the bad and the ugly of the professional sporting world, Agassi tends to focus much more these days on the people he is with.

From a professional standpoint, that means choosing his allies carefully and he can’t speak highly enough of companies such as Swiss luxury watchmaker Longines, who he first linked with nine years ago.

“Longines were really great to my foundation and my mission years ago when it started,” Agassi recalls. “To me, business is easy but people are complicated so when you find good people you hold onto them and grow with them. Longines has been very innovative in how they communicate our messaging in terms of what it is we’re trying to do, so I’ve really enjoyed working with them and representing them.

“I think they reflect a lot of what I stand for too both in spirit and in culture, as well as how they execute that internally as a company and outwardly towards the consumer. I really respect that. They also do a lot for tennis – the sport that gave us our opportunity and our lives. I really love working with them.”

As for family, Agassi and wife Steffi Graf – herself one of the all-time greats of the game with 22 career Grand Slam titles (behind only Australia’s Margaret Court) – find themselves in a unique position when it comes to recognizing the important things in life.

The pair began dating during Agassi’s second coming and were married in 2001, but these days rarely speak of the fact that their combined achievements include 30 Grand Slams and 167 tour titles.

“It’s impressive when you see it on paper, what we’ve stored up as two parents in terms of trophies or accomplishments inside the lines, but the very spirit that helped us do that is the same spirit that’s very focussed on what’s more important now – raising our children and the context of it all,” Agassi says.

“I’m sure our kids are aware of what we achieved but they also see what we’ve lived and they see our priorities and what we hold them accountable to, which is how they choose to engage with whatever they claim to care about.

“I would think that any person that spends time with them would be pretty surprised by how well balanced they are in their context. The part that stands out to people is that they are the children of two former, relatively successful athletes, but the part people don’t see is that they also have the luxury of realizing that the high profile of the sporting world is not all it’s cracked up to be.

“It’s how you live every day that makes anything that’s worthwhile happen.”