High Life discovered the immaculate scents of Parfums Henry Jacques during a recent trip to Paris.

The history of Parfums Henry Jacques is not only a family affair, it is also a love affair. Embodying nearly half a century of excellence and creativity through serving the world’s greatest, Parfums Henry Jacques breathe the very essence of their founder, Henry Jacques Cremona. It was Henry Cremona’s inexhaustible passion for perfume and an encounter with one of the last great noses of the old French Perfume tradition in 1970s which inspired him to set up his perfume house in 1975.

An avid traveler and an obsession for rarity and perfection, he traveled the world over to seek the best ingredients. The brand instinctively found its legitimacy in the universe of the discerning few and the exquisite creations soon become treasures for connoisseurs.

On the outskirts of Grasse, the very hub of French haute perfumery since the 17th century stands the Parfums Henry Jacques laboratory. Over here, time stands still – perfumed dreams and impulses hold sway. The remoteness has always been a necessity to help materialize the client’s longings and memories. 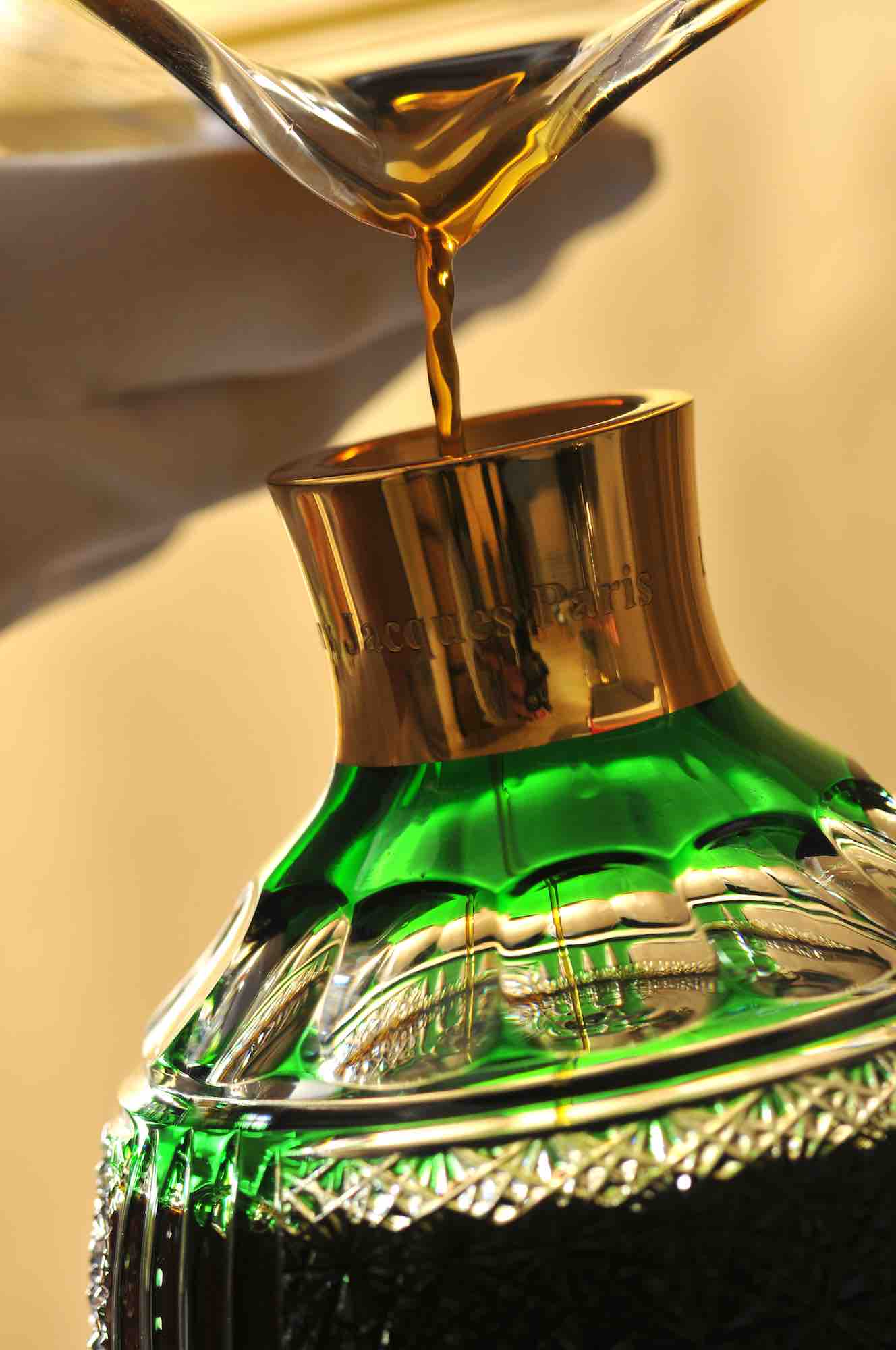 This spectacular perfume organ houses a maze of thousands of scents and safeguards a know-how enriched by the art of the great perfume composers, steeped in the traditions of Parfums Henry Jacques. Uninfluenced by fad and fashion, the Henry Jacques perfumes are created painstakingly by employing the time-honored principles of craftsmanship.

For many years, Parfums Henry Jacques has worked discreetly to satisfy the special requests of its clients. After a long preparation, Les Classiques collection, a selection of outstanding creations available in-store, is recently unveiled.

With its new collection of fifty Essences, Henry Jacques is resurrecting the beauty of a gesture.

Over the years, Parfums Henry Jacques has taken up a singular challenge: to form a selection of perfumes representative of the immense olfactive work that has been accomplished. The entire diversity of the Henry Jacques legacy needed to be portrayed in a collection that is accessible to all.

The introduction of the Les Classiques Collection, a collection of fifty unique fragrances is like first steps at the gateway to the Henry Jacques universe.

The purity of the essences, which is one of the foundations of the Henry Jacques’ identity, brings back an elegant gesture that has been forgotten for too long – applying perfume to the skin. 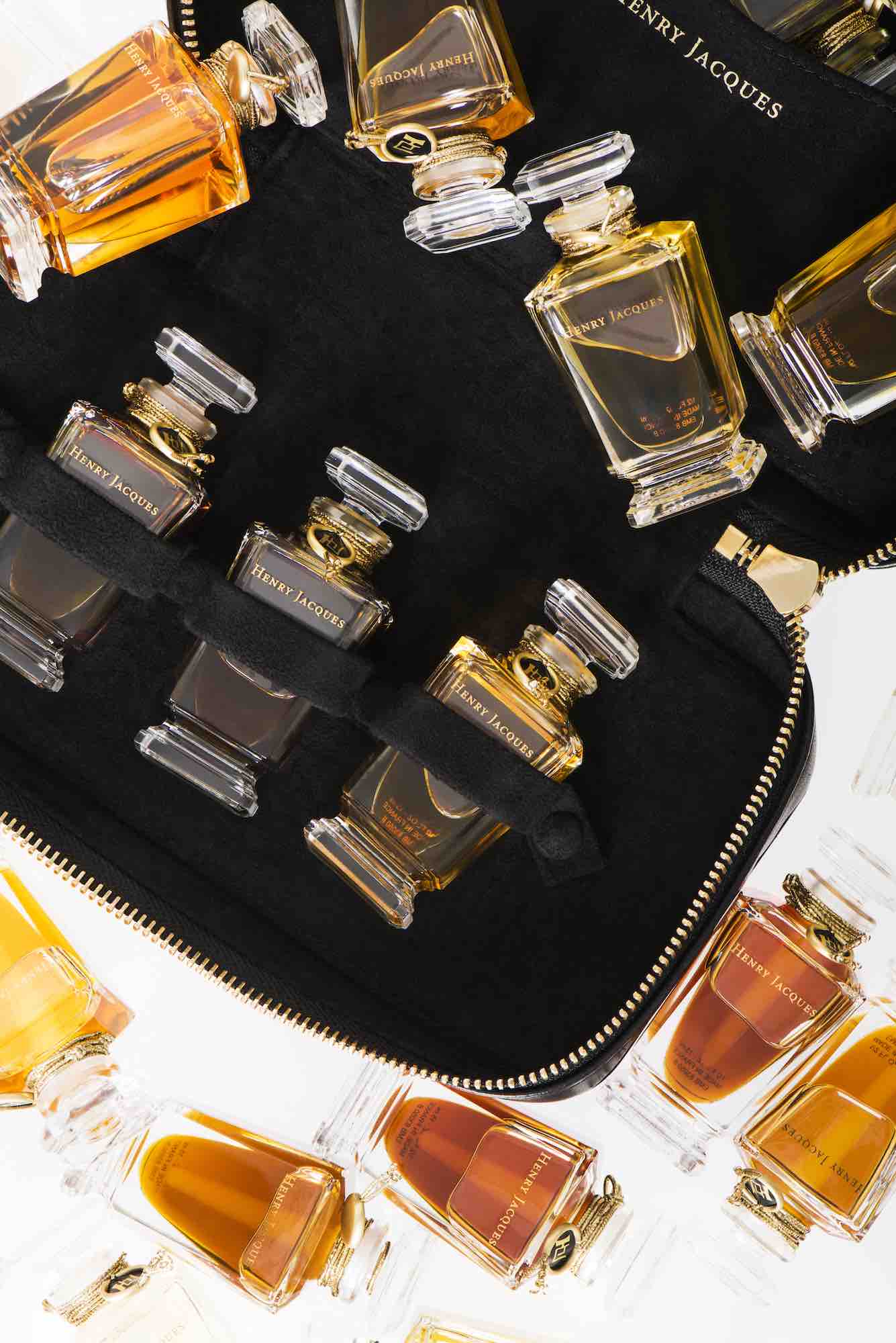 Henry Jacques perfumes are composed only of premium natural essences from all over the world – velvety rose; intoxicating tuberose; sunny lavender; sumptuous jasmine; soft, sensual, heady mask; subtle, hot, marine ambergris … this is but a glimpse of the palette of essences making up the enchanted universe of fragrance.

Like great wines, the qualities of natural essences are as varied as the flowers from which they are extracted. The molecules take on a life of their own, interacting, changing and harmonizing with each other until reaching a perfect balance. Once brought to the crafting laboratory, the perfumer at Henry Jacques works rigorously and skillfully in capturing the secrets of nature and extracting their quintessence.

Each nectar has enhanced the personality of a woman or man with great taste. A universal appeal seems written into the formulas, speaking to all the force of a memory or an impression of life. The perfumer becomes a matchmaker between customers and the ideal they seek day after day.