Image by Hong Kong Museum of History and British Museum

A collaboration between the British Museum and Hong Kong Museum of History, “An Age of Luxury: the Assyrians to Alexander” shed light on an oft-overlooked aspect in history, namely luxury and its interplay with power politics.

The 200 or so artefacts on display may constitute only a tiny fraction of the British Museum’s permanent collection of eight million works, but collectively they told an intriguing and thought-provoking story of power and politics through the medium of luxury. The story spans much of the early Iron Age, covering some of the mightiest and wealthiest polities stretching from the Eastern Mediterranean to Near East and Central Asia, including the Assyrian, Babylonian, Achaemenid and Alexander’s Empires, as well as the Diadochi Kingdoms. 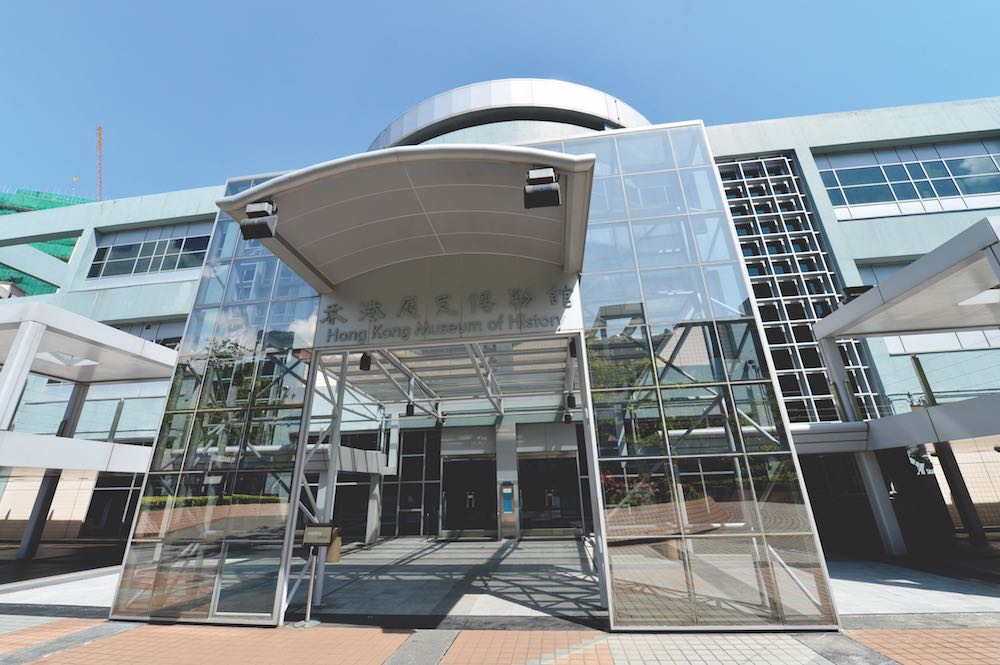 The exhibition was clear-sighted in its objective to present the convoluted history of the period not by artists’ impressions or miniature replicas of palaces, gardens and city walls, but via luxury and craftsmanship in civil life. In the light of the exhibition, Aristotle’s famous statement in Politics that “man is a political animal” was not so much an assertion as a conclusion. For all its hedonistic and material qualities, luxury has since time immemorial been used for political means, for example to manifest divine rights, legitimise regimes or display social status generally.

Many of the exhibits are so desirable that one suspects seizing treasures may have been a more important reason behind Alexander the Great’s campaign in the east than avenging the Persian sack of Athens in 480 BC or his father Philipp II’s assassination in 336 BC, allegedly funded by the Achaemenids. The range of reasons may differ, and their weight remains debatable, but these are not mutually exclusive factors. Pictured on these pages are some of the more remarkable exhibits that stand out for their artistry, quality and rarity. 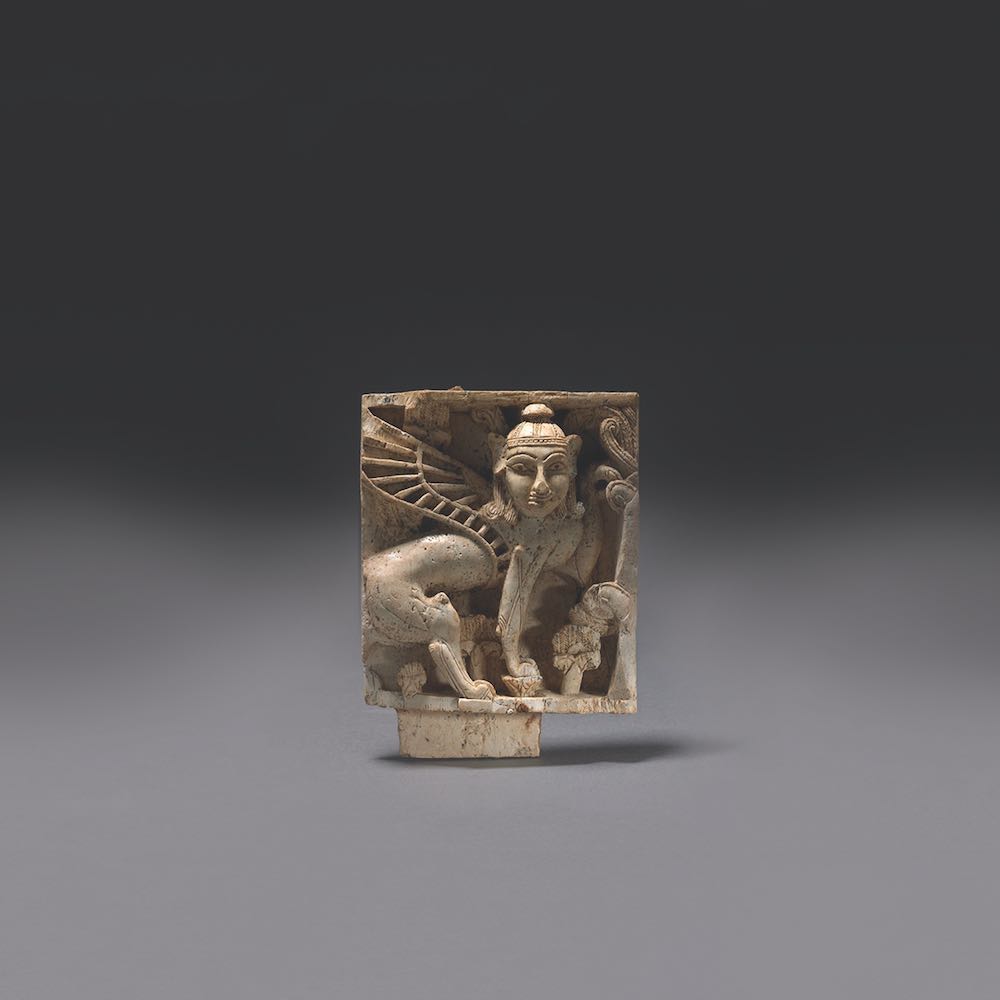 Dated between 900 and 700 BC from Fort Shalmaneser, the royal arsenal of Assyrian kings in Nimrud, some 30 kilometers south of modern-day Mosul. Depicting a winged sphinx, this elegant ivory relief used to be attached to and adorn a valuable piece of furniture. Perhaps more than the Tyrian purple dye, the thalassocratic Phoenicians were renowned for their ivory carving and trading of exotic and luxury goods across the Mediterranean. This artefact is largely contemporaneous with the legendary queen Dido’s founding of Carthage, the daughter state of Phoenicia. Phoenicia was conquered by the Achaemenid Empire under Cyrus the Great in 539 BC and Carthage by the Roman Republic under Scipio Aemilianus in 146 BC. 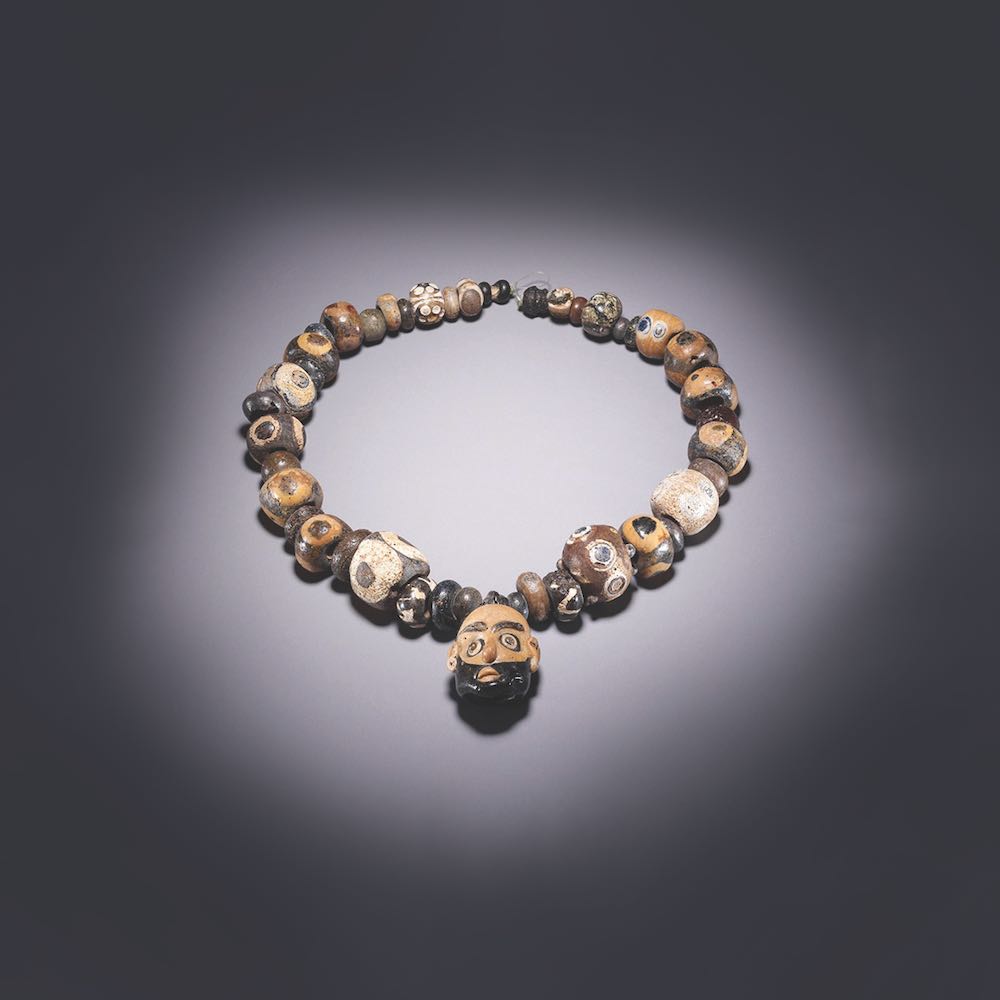 Dated between 500 and 400 BC from Tharros, a trading post founded by the Phoenicians around the same time as Dido’s Carthage on the west coast of Sardinia, some 15 kilometers west of modern-day Oristano. More than a grave offering, this tribal-looking necklace is Phoenician craftsmanship and trade in a nutshell, making use of carnelian, silver and stone. As per ancient Mesopotamian traditions, the glass pendant in the shape of a demon’s face helped protect pregnant women against misfortune. For long periods in history, mortality rates in childbirth were as high as going into battle. 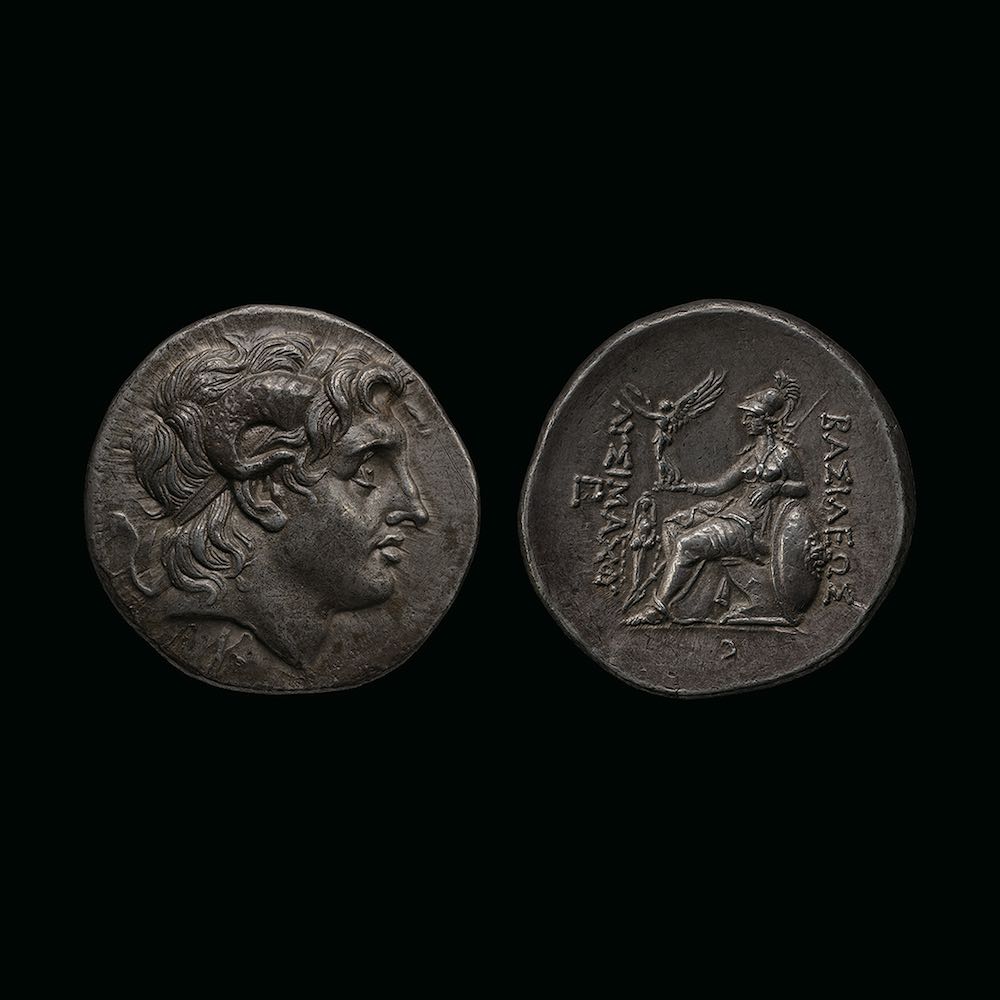 Dated between 306 and 281 BC from Pergamon, an ancient Greek city and UNESCO Heritage Site, some 80 kilometers north of modern-day İzmir. This precious silver coin bears witness to some of the most iconic moments in classical antiquity. Due to the lack of succession planning, after Alexander’s sudden death in 323 BC, the Diadochi fought for nearly half a century over the vast empire and his legacy was the ultimate source of legitimacy. Perdiccas, Regent of the Empire, initially had possession of Alexander’s body, later hijacked by Ptolemy I Soter, who was the first to put Alexander’s image on coinage. This coin was minted under the reign of Lysimachus, King of Thrace, Asia Minor and Macedon. 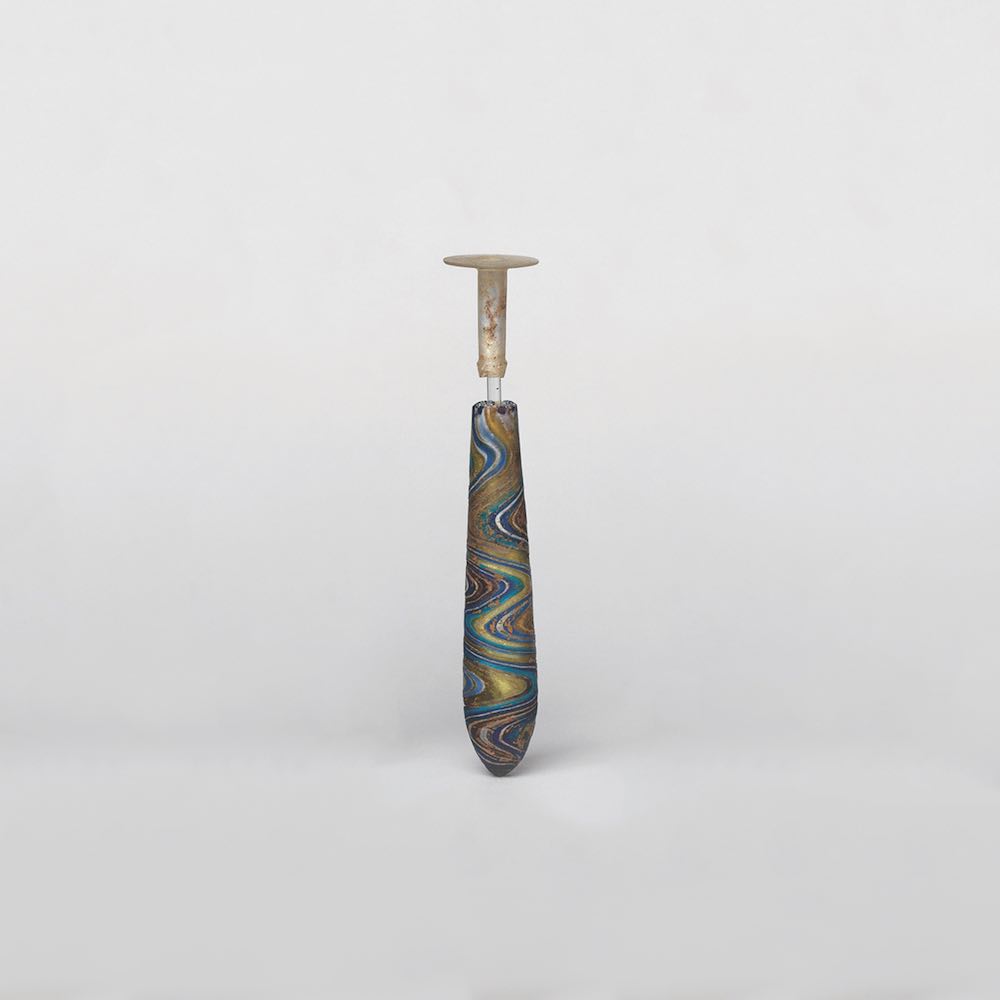 Dated between 50 BC and AD 50 from Sidon, one of the oldest continuously inhabited cities in the world. Following the Third Mithridatic War, the region was annexed to Rome as the Province of Syria by Pompey the Great in 64 BC. The bands of color and gold leaf layered within the clear glass of this exquisite flask are visually striking, but equally noteworthy is the fact that the style is an amalgamation of Achaemenid, Hellenistic and Roman influences, making this artefact a product of the height of classical antiquity.