Born in Hsinchu, Taiwan in 1979, Cai Guojie has spent years in Taiwan’s art circles and had built an exceptional reputation. However, after marrying a girl from Macau, he found himself attracted by the blend of eastern and western cultures in Macau. The whole family moved to Macau in 2011.

Specializing in art installation, after moving to Macau Cai was inspired by the history of Macau as the gateway for western watercolor to spread into China and began to think about how could integrate eastern and western cultures through watercolor. Through constant research and exploration, Cai summed up some techniques and theories and began to adopt them in many of his artistic creations.

The result is watercolor paintings full of light and speedy lines. Although most of his paintings depict architectural space, they are full of dynamic feeling due to the use of a soft brush typical of traditional Chinese paintings. Cai adopted Chinese writing techniques in western watercolor forms, paying particular attention to speed control when painting, composing Western abstract paintings that bring out a feeling of “flying sprit” and “oriental charm” in his watercolor works. 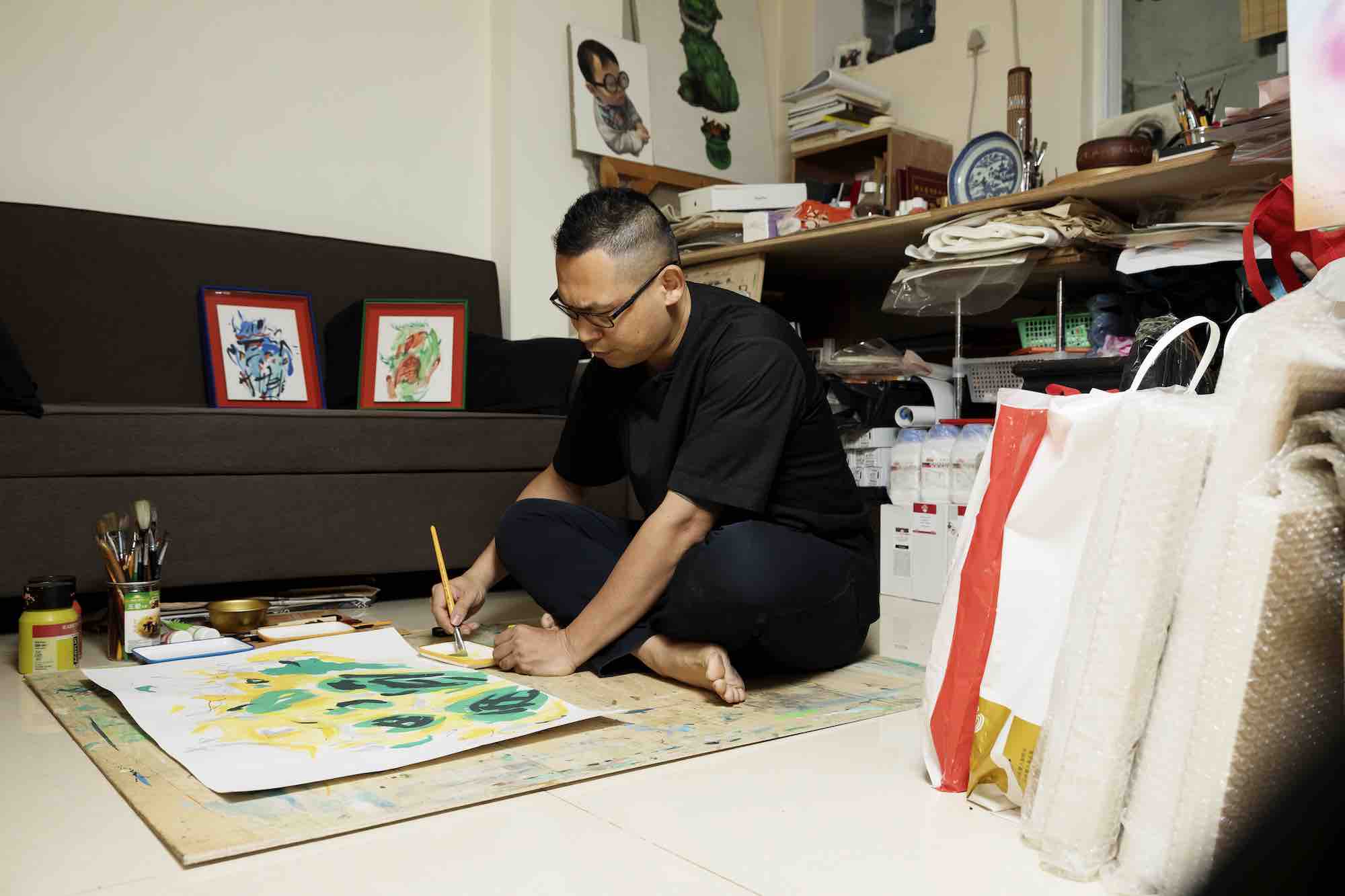 He has created a large number of architecture and landscape painting of Macau utilizing this method. Cai boldly uses the black lines of the pen, flying like oriental calligraphy, with the bright colors of the blocks preserving the spirit of Macau landmarks with abstract shapes.

In 2016, the artist returned to Taiwan with the artworks he created in Macau and held a solo exhibition titled “Between States of Mind”. His unique work not only attracted a large audience keen to enjoy and purchase but also led to a wave of travel to Macau.

Last year Cai held his second solo exhibition, “Overlook the Macau City”, in Macau displaying a total of 14 landscape paintings of local scenery including Mong Ha Hill, the Inner Harbour, the Ruins of St Paul’s, St Lawrence’s Church and Coloane Alto as well as a spectacular panorama of the Macau Peninsula.

The paintings are somewhat different from his previous creations in that horizons are either elevated above the normal level or made to disappear completely, as in the painting “Camões Looking East”. While observing this work, the viewer seems to have been lifted into the air and placed at a high vantage point overlooking the subject.

The dimensions of Cai’s paintings in this exhibition were enlarged to a full sheet, the maximum size for watercolor paintings, with the painter’s aggressive autography hovering at the top of each and every one as if he is sitting atop, looking down and describing the ever-changing cityscapes where Cai indulged himself in such unharnessed imagination.

In addition to his artwork, Cai has also been deeply involved in various activities in Macau for years. He was invited by cardinals to repair the statue for a church and the result was so impressive that he has been receiving invitations from other churches ever since. As a teacher, his art classes fill the moment they are announced. He is a man in demand.

But for Cai, it is all nutrition for his artistic endeavors.

“I devote all of myself to each work I take, I do not keep anything,” he says.