Business magnate and born-again Chinese citizen Allan Zeman hasn’t rested on his laurels; keenly pursuing his business interests in the China of today and tomorrow. And he’s unabashed in his support for President Xi.

It’s just past five o’clock on a Friday afternoon as we wait for our audience with Allan Zeman. One assistant silently brings us water. A second politely promises our subject is not far away. Zeman’s office is luxurious but unpretentious, with framed photographs of important meetings discreetly on display. Some pillars of books, including President Xi’s The Governance of China, are neatly stacked halfway to the ceiling. Stylish artistic pieces, no doubt each with its own story, are scattered about.

Suddenly, he bounds through the door, a fashionable 10 minutes late. After a flurry of document signing, the man with the trademark upturned collar sits down and becomes focused on our discussion.

At this time of the week many captains of industry might be jetting off for a weekend getaway or enjoying a relaxing whisky at the club. Not Zeman. It’s difficult to select one attribute to describe him, but it could well be his relentless energy and enthusiasm for, well, just about everything.

Take the project he is most known for, Lan Kwai Fong. Some 35 years ago, Zeman – who recognized the lack of upscale restaurants outside of five-star hotels to invite international business associates to – decided to create his own, wondering why Hong Kong didn’t have an equivalent to New York’s SoHo or London’s West End. 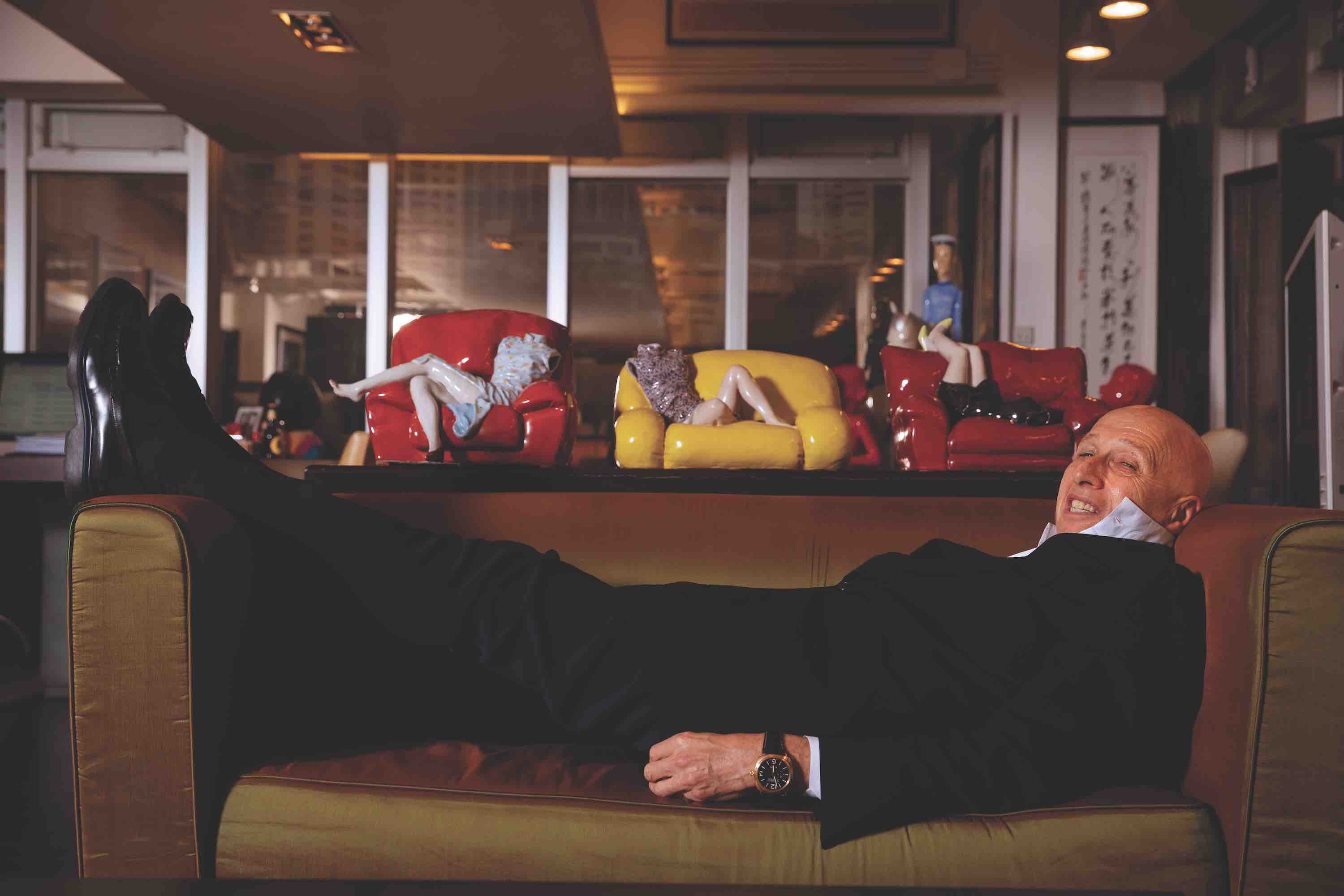 Step one was to convert an old supermarket into a restaurant. It worked and he began to repeat the process, acquiring old warehouses and offices and normalizing the concept of restaurants being in the upper floors of office buildings – something Zeman had experienced in Tokyo. These restaurant conversions doubled or even tripled the lease rentals and resultant building values and the area gradually evolved into the Lan Kwai Fong of today.

The next step was the “pedestrianization” of the area, as Zeman calls it. He explains, “London is full of street hubs and I thought ‘why not let people stand on the street and have a drink?’ It slowly evolved into the Lan Kwai Fong of today, which has become such a hit.”

“I look for not-too-remote areas, where office workers need a place after work, a happy hour for release. I always say, ‘Look at things not for what they are, but for what they could be.’ To be successful, you must think beyond. See things that others don’t.

“We are investing in Shenzhen and Shanghai, both first-tier cities. And other cities like Chengdu, which is a second-tier city but actually it’s more like a one-and-a-half-tier city because it’s developing very quickly, especially in technology.

“We look at cities with a young population and a future in the next five to 10 years. China is one country but every city and province is different. You look at the demographic and the geographic. As the market in China changes, many people have money and they want to enjoy themselves.”

Zeman clearly had no concerns in expanding his business model from Hong Kong to mainland China. He is well known for being a fan of President Xi.

“I think President Xi Jinping is a leader who comes along once or twice in a lifetime,” says Zeman. “With 1.4 billion people, China is not an easy place to be president of. There are many problems to solve daily. When President Xi came to power, China was basically a corrupt place. It was a poor, developing country. I’ve seen this in other countries in Southeast Asia, corruption is the norm. He came in and understood this could destroy the party, could destroy China, and we must put a stop to it. He had the strength, the personality, to do it. 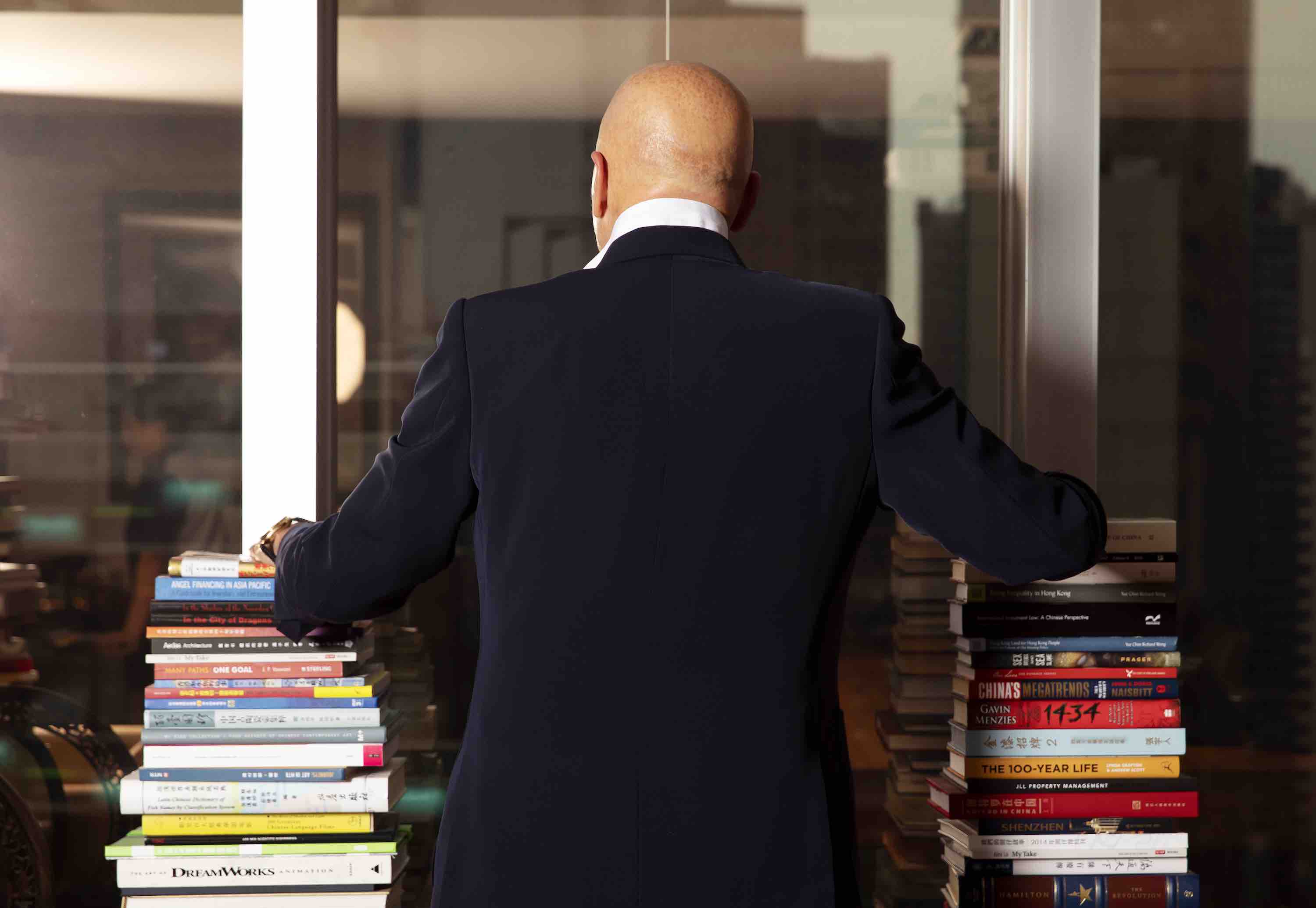 “Arresting some famous names who people thought were untouchable was a great start because it changed people’s perceptions. People see someone like the head of a province earning a few thousand RMB a month, but they have a Piaget watch, so they ask questions. President Xi addressed this in a very sensible way which gained the respect of the people.

“I’ve been in China for 35 years and I’ve seen people’s lives get dramatically better. I know people say he’ll serve more than two terms. But many countries have presidents who have served more than two terms. I believe he will step down when he thinks there is somebody good enough to carry through his policies.

“Last year 138 million Chinese travelled abroad. By 2020, it will be 200 million. Travel makes you smart. The more you travel, the more you see things, the more you change your culture. So, I believe very strongly in President Xi – no different to when Deng Xiaoping came along and opened up China. That really helped China become what it is today.

“President Xi is taking the next step. He came up with the Belt and Road idea. My even stronger belief is in the Greater Bay Area. I think that’s great for Hong Kong and Macau. The bridge connecting Hong Kong, Macau and Zhuhai will open the whole western corridor. The high-speed rail between Guangzhou, Shenzhen and Hong Kong will put Southern China within two hours. Shenzhen is already ahead of Silicon Valley – it’s amazing what’s coming out of there. The borders will basically become invisible.

We ask Zeman to choose three words to describe the China of our times and he fires back without hesitation.

“Number one is ‘technology’,” he says. “The second is ‘dream’ – the China dream that Xi floated and everyone’s bought into. The third? ‘Confidence.’ I’d say it’s China’s newfound confidence. 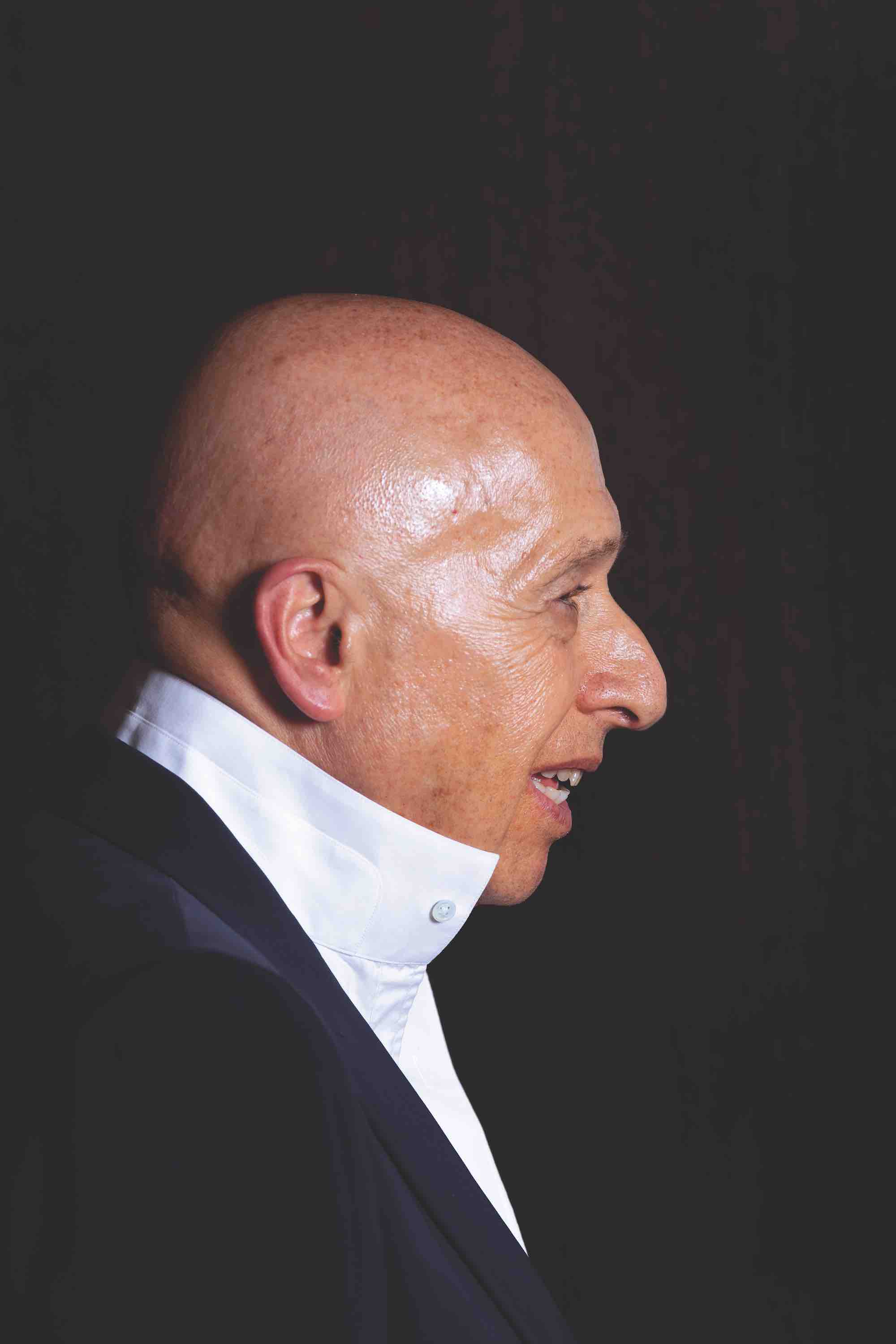 “I really do feel very proud to be Chinese. It is not an easy decision to renounce your previous passport but I have been in Hong Kong for 38 years and I feel more Chinese than western. I’ve seen the changes and I only see prosperity for China ahead. I look at the United States, Europe or other so-called developed countries and I see infrastructure deteriorating – the airports, the highways, the roads, it’s like a second or third-world country. I feel very proud going to Shanghai, Shenzhen or some place that was fields a few years ago and I see this miracle that’s evolved.

“In my heart, I feel I made the right decision. I do a lot of public speaking at universities and I say, ‘Please think of China. Think of China’s future. Don’t fear China. Put it in your plans because that is the future.’ Hong Kong happens to be part of China. And the faster we understand and accept that, the better Hong Kong will be.”

As well as business, Zeman supports culture and the arts and was on the board of the West Kowloon Cultural District Authority for more than a decade.

“Arts, culture and creativity are very important in our lives,” he says. “In a developing country, the most important thing is to have a job and provide for your family. As development leads to money and more leisure time, culture steps up. In the past, Hong Kong was totally a business society. Culture was secondary.
Then West Kowloon comes along and you see how important culture can be. The Chinese Opera Theatre will be finished this year. It’s beautiful, really amazing. The visual arts museum and the Lyric Theatre are both by famous architects. And these are just the beginning. Once the cultural district comes into being, Hong Kong will take on a different aura.”

The subject turns to the relationship between money and happiness.

“Money can be a form of happiness,” Zeman muses, “It takes pressure off but also adds pressure. Money is something you must respect. I’ve seen friends with a lot of money but they’re not happy. It can bring a lot of problems within families, even jealousy. Money shouldn’t cause you to lose touch with reality. You learn that money is not the root of happiness.”

“I try to make the world a better place. I’ve been fortunate as I’ve done so many things. It gives me a lot of pride and pleasure to know I’ve made a difference. Making other people happy, makes me happy.”