Early on a summer day with clear sky above, the slumbering Vendôme Column was roused when no fewer than 90 classic cars fired up their engines as the first rays of sun broke over the city of Paris. On board were 180 elegant women, drivers and co-drivers, all competitors in the Rallye des Princesses, partnered with iconic watchmaker Richard Mille for the fourth year in a row.

For the first time in 19 editions, the rally set off in a southwest direction. Aiming to offer a truly immersive experience, the brand supplied four 1963 Porsche 356s, one 911 from 1973 and one 1969 Mercedes Pagoda 250sl. Six teams were therefore able to experience a rally from the inside.

It is certainly no walk in the park. Road book, regularity zone, compulsory check point, constant average speeds: the teams had their work cut out keeping up the pace. A pair needs to get up to speed with their complementary skills in the first few kilometers, as the work of one relies heavily on the directions of the other. 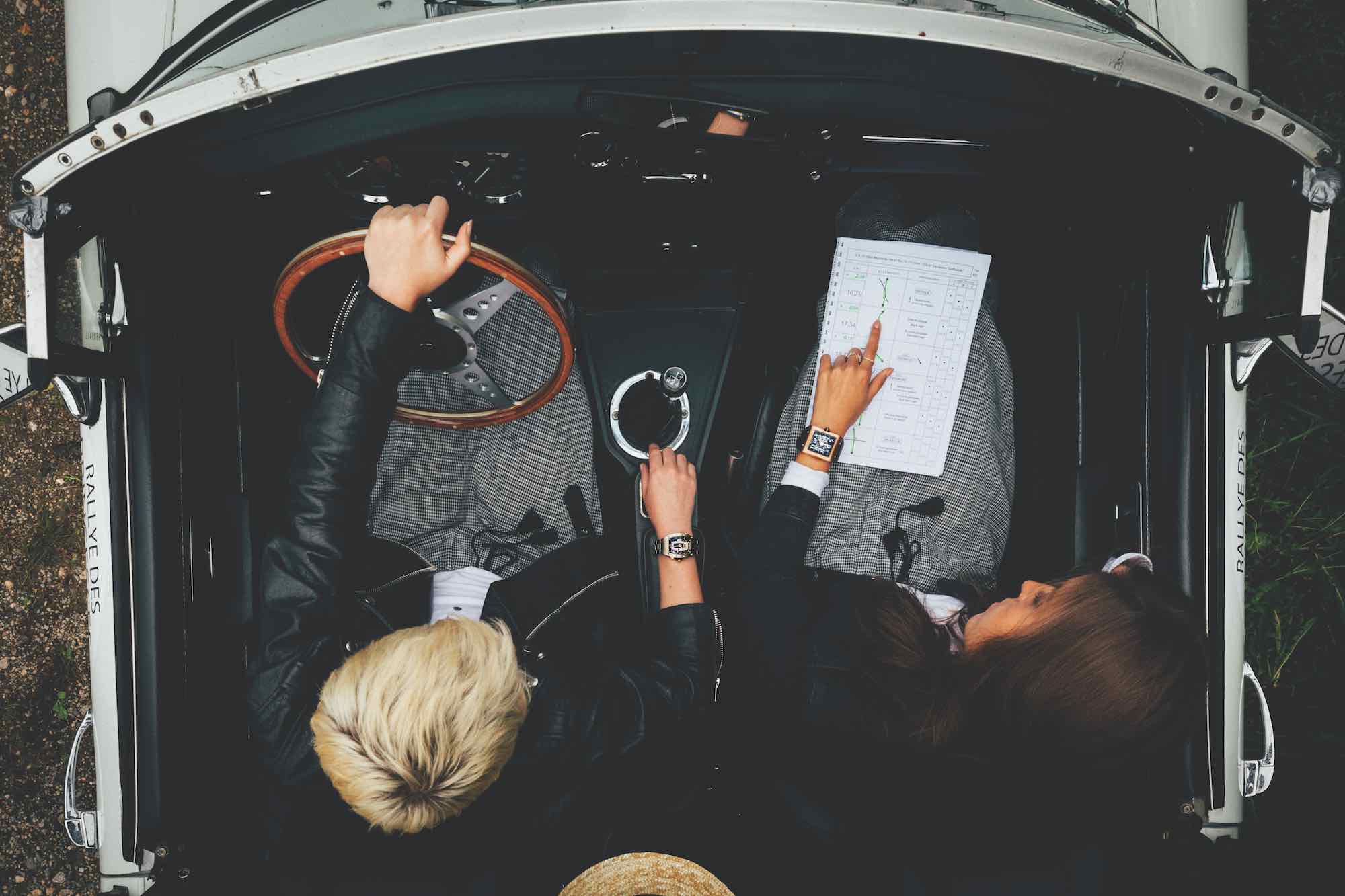 Heading towards Beauval Zoo, the competitors discovered the mythical RN20, basking in sunshine, a prerequisite in days gone by for holidaymakers on their way to the Pyrenees or Spain. The teams came face-to-face with the nuances of the rally as they entered the first regularity zone and were obliged to keep as close as possible to the average speed.

Powering the car forward at every turn and stop to compensate for these tiny losses, this first challenge was a tough one for novice drivers who had to keep one eye on the timer, the other on the speedometer and a third on the road, while following the precise instructions of the co-driver, nose buried in their notes.

The second day’s “Navigation and Castles” leg strained the sharp eyes of co-drivers in Berry, Georges Sand country. And with a surprise guest too – the rain! This was no mere morning shower either with torrential downpours throughout the day. Weather like this is a constant concern for classic cars: in addition to the slow-moving windscreen wipers of dubious effectiveness, the cars struggled with the heavy flooding and some actually broke down. But thanks to some speedy assistance and the diligent organizers, most were able to hit the road again and complete the last stage of the leg to reach Vichy.

During the evening’s cocktail reception there may have been some tired eyes but spirits were high as competitors regaled each other with the day’s exploits. On the third day, the 482-kilometer journey towards Toulouse was seen as a decisive leg, but not an insurmountable one. Alas, the weather that day proved no better than the day before and went from bad to worse on the approach to the “Pink City” – so much so that actual landslides while passing through Aubrac forced the organizers to cancel some regularity challenges on the grounds of safety.

For some teams, these torrents of water transformed their cars into swimming pools and overwhelmed their mechanics. In the end, a day during which heavy rain was expected became a total nightmare.

In the early hours of the fourth day, and to celebrate the rally crossing onto Spanish soil, the sun finally decided to emerge in all its finery. For those in the many cabriolets competing this year, it was the perfect opportunity to unlatch the car’s hood and put on some sun cream. 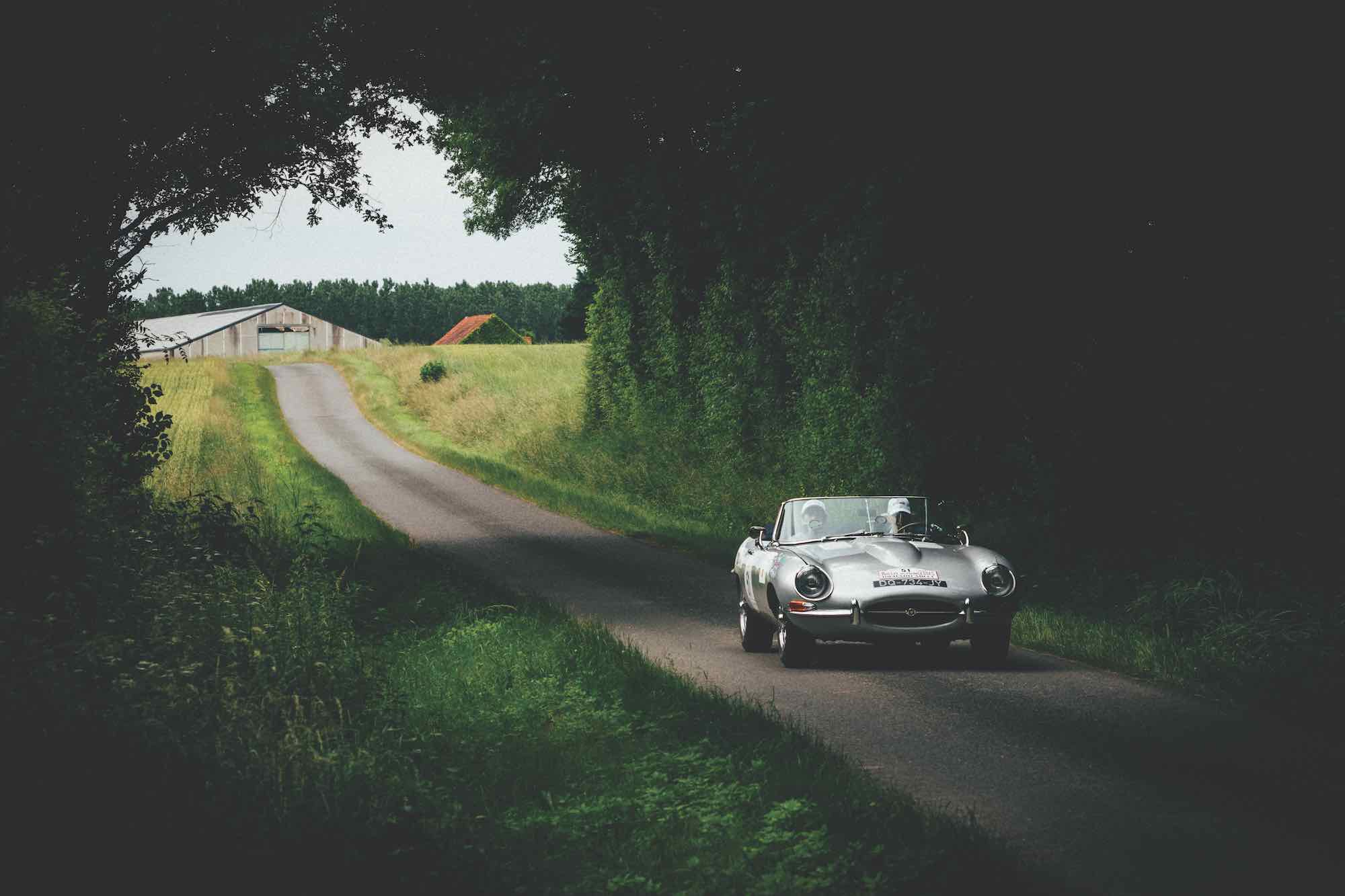 Climbing the legendary passes of Soulor and Aubisque via the Pourtalet pass, this was a day of intense driving. Powering through the twists and turns past some breathtaking scenery, the princesses pushed their cars’ mechanics to the max.

When they arrived in Formigal, the second-last leg of the rally, the 180 competitors were in Olympic shape, bolstered by a day blessed by the gods. And this was part of the excitement: no two days were alike and each created unforgettable memories.

After travelling 1,500 kilometers, the final leg reached the outskirts of Biarritz, where the princesses crossed the finish line in the Cité de l’Océan. For the organizers, it was time to check the counters. Once the points accumulated during the week had been verified, the final results could be announced. And so, to applause from the hundreds of spectators who had gathered to admire the racing cars, Adeline Paquiers and Héléna Euvrard in their AC Cobra were declared the winners, followed by Marie Périn and Edith Ragot in their MINI Cooper. It was a victory that paid tribute to the consistency and experience of a team that had taken part in several editions of this unique and memorable rally.